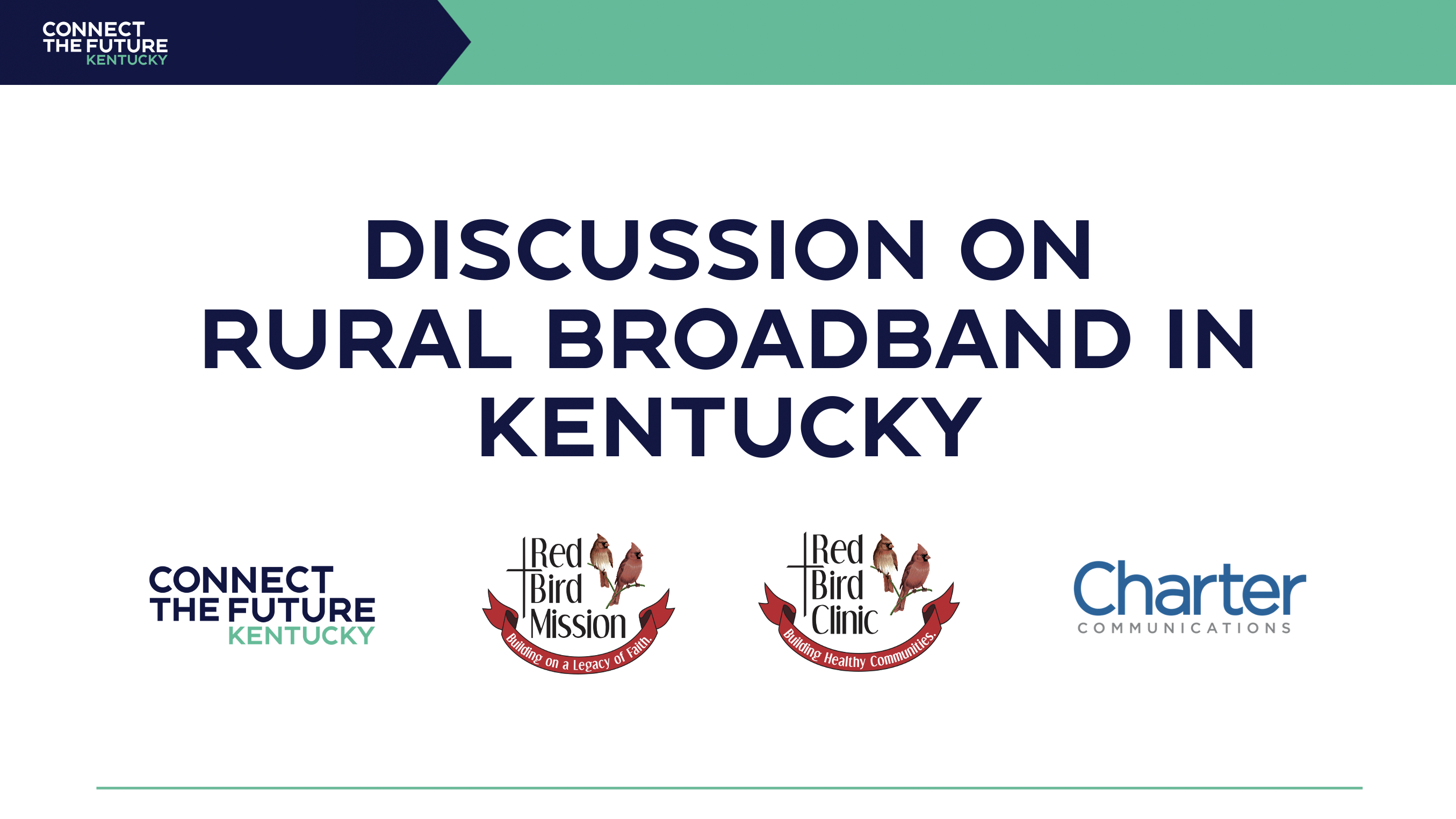 Public officials and private companies understand the importance of increasing broadband accessibility across Kentucky. Just last year, the Kentucky General Assembly passed House Bill 362 to assist broadband deployment, and the Federal Communications Commission (FCC) recently announced through its Rural Digital Opportunity Fund (RDOF) that 11 Kentucky broadband providers have been awarded nearly $149 million dollars to build out broadband infrastructure to nearly 99,000 unserved locations across the Commonwealth. These initiatives will undoubtedly help those in Kentucky who for too long have remained on the wrong side of the digital divide.

Here are three key takeaways from the conversation:

The panelists agreed upon the critical need to expand broadband access to rural, last-mile regions of Kentucky, so that these communities can also take advantage of the educational, economic, and social opportunities that the internet brings. Senate President Stivers noted that the legislature recently approved $300 million in rural broadband funding, which he hopes will be further matched by private broadband providers in the state. Notably, this money is in addition to the $149 million that the FCC’s RDOF auction awarded to broadband providers to deploy broadband infrastructure throughout Kentucky.

Takeaway #3: Broadband funding for rural Kentucky must focus first on access, then on adoption.

The panelists also agreed that first and foremost, the deployment of additional broadband infrastructure is needed to expand access and bridge the digital divide specifically in rural Kentucky. As Charter’s Jason Keller and CTF’s Zach Cikanek stated, once the broadband infrastructure actually exists, then we must turn our attention to making sure that each additional dollar of broadband funding is focused on adoption and guaranteeing that no rural Kentuckian is kept from accessing the internet ecosystem because of an inability to afford service or equipment, or a lack of digital literacy.

Kentucky currently ranks 40th in the country for broadband access, but with new funding and updated regulations around critical broadband infrastructure like pole attachments, Kentucky has a significant opportunity to bridge its digital divide once and for all.